Holiday | Mother, May I

Holiday | Mother, May I

Shout out to all the MOMS!! Being a mom isn't easy, and for those of you that are moms, I'm sure you are reading that and saying, "No kidding!" Well, mama's I see you, and I know it's one of the most challenging jobs out there. Mother's Day is not just a day to buy cards, flowers, or even gifts for your moms but also a time to reflect and appreciate all moms do and sacrifice for their families. Before Facebook and Mommies groups, there was Ann Reeves Jarvis.
As celebrated in the United States, the origins of Mother's Day date back to the 19th century. In the years before the Civil War, Ann Reeves Jarvis of West Virginia helped start "Mothers' Day Work Clubs" to teach local women how to care for their children and find support properly.
These clubs later became a unifying force in a region of the country still divided over the Civil War. In 1868 Jarvis organized "Mothers' Friendship Day," where mothers gathered with former Union and Confederate soldiers to promote reconciliation. 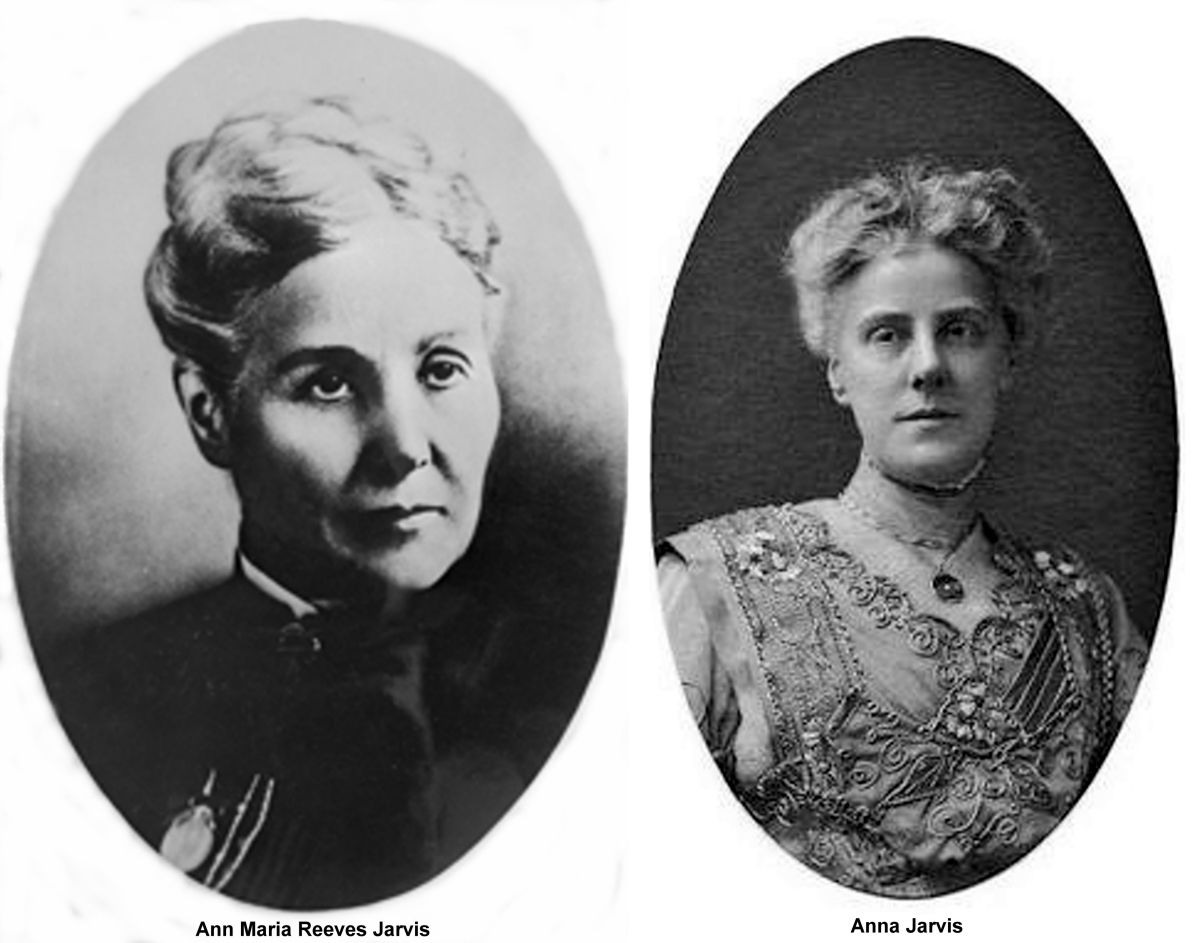 Ann Reeves Jarvis's daughter Anna Jarvis of Philadelphia originated what is now known as Mother's Day. On May 12, 1907, Anna Jarvis held a memorial service at her late mother's church in Grafton, West Virginia, as a way of honoring the sacrifices mothers made for their children.
Within five years, virtually every state was observing the day, and in 1914 U.S. Pres. Woodrow Wilson made it a national holiday.
Jarvis had promoted wearing a white carnation as a tribute to one's mother. Eventually, the custom developed of wearing a red or pink carnation to represent a living mother or a white carnation for a deceased mother. Over time, the day was expanded to include others, such as grandmothers and aunts, who played mothering roles.
What had initially been a day of honor became associated with sending cards and giving gifts. In protest against its commercialization, Jarvis spent the last years of her life trying to abolish the holiday she had brought into being.
What a story! I must say I'm glad Mother's Day doesn't involve a "work club" because moms need a break and a little R and R! Mother's Day may have evolved to be a much more commercial version of the original intent, but I doubt all you moms out there are complaining!

Mother’s Day Around the World

While versions of Mother’s Day are celebrated worldwide, traditions vary depending on the place and country. In Thailand, Mother’s Day is always celebrated in August on the birthday of the current queen, Sirikit.

Another alternate observance of Mother’s Day can be found in Ethiopia, where families gather each fall to sing songs and eat a large feast as part of Antrosht, a multi-day celebration honoring motherhood. At times, Mother’s Day has also been a date for launching political or feminist causes. In 1968, Coretta Scott King, wife of Martin Luther King Jr., used Mother’s Day to host a march supporting underprivileged women and children. In the 1970s, women’s groups also used the holiday to highlight the need for equal rights and access to childcare. 1. Mother's Day isn't always on the same date each year

2. More calls are made on Mother's Day than any other day of the year

3. Mother's Day is the third highest selling holiday for flowers and plants

4. One of the earliest Mother's Day celebrations was in ancient Greece

5. Mother's Day is the busiest day of the year for restaurants

6. The most popular gift for Mother's Day is the greeting card

7. Mother's Day is celebrated all over the world